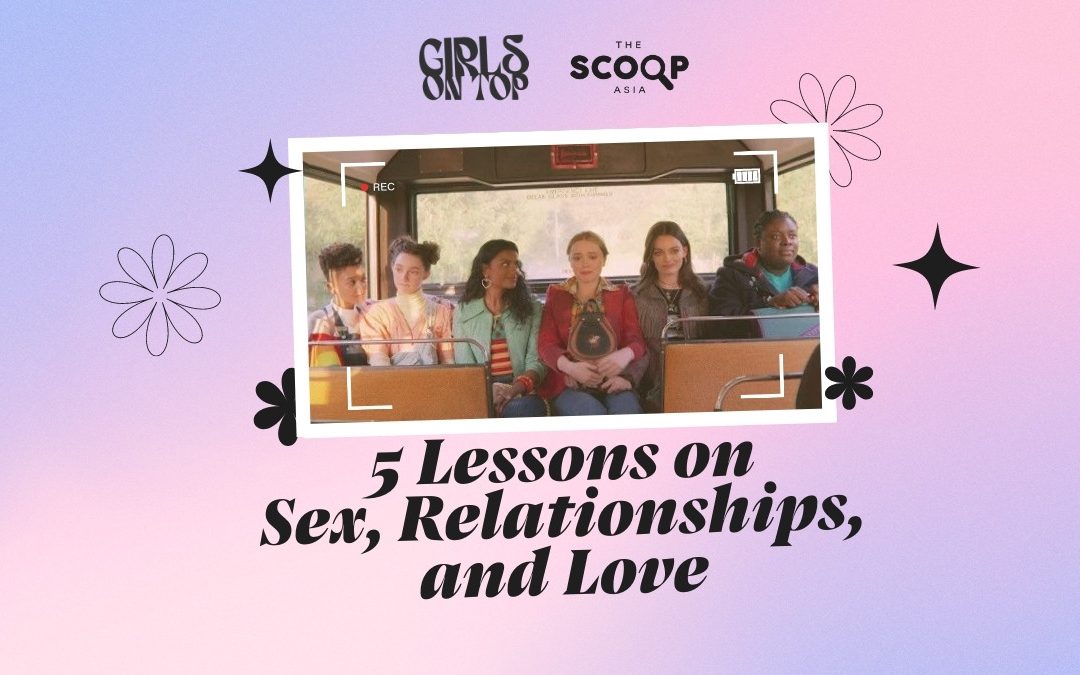 Sex, according to mainstream television, looks something like this: dim lights, soothing background music, brand-new sheets, candles, and a bunch of rose petals. It’s sensual and perfect, just like everyone expects it to be. For years, sex has been heavily glamorized as this amazing experience. This sets unrealistic standards and expectations for men and women all over the world. It’s only recently that the media has been looking for ways to change the narrative about sex. Slowly but surely, more TV shows and movies are trying to portray sex as what it can be in real-life—awkward, uncomfortable, and clumsy.

One of the TV shows that has paved the way for healthy representations of sex, especially for teenagers, is Sex Education. Since its pilot in 2019, the Netflix original hit has quickly become a fan favorite for being both educational and relatable. The show follows Otis (Asa Butterfield), son of a renowned sex therapist Jean Milburn (Gillian Anderson), who opens up a sex therapy clinic at his school with his classmate Maeve (Emma Mackey). The series is about teenagers navigating life and figuring out personal dilemmas, often related to sex and relationships. Sex Education is a far cry from typical shows where the main plotline involves sex as it touches upon several valuable messages about sex, gender, consent, relationships, and sexuality.

We’ve rounded up 5 lessons we’ve learned from the show that we all wish we had known sooner. Keep reading!

1. Sex is nothing to be ashamed of—it’s a part of life!

Sex Education is so popular among our generation today because it’s managed to educate us about something schools we’ve grown up in haven’t, and that’s that sex is nothing to be ashamed of. It’s a normal experience that everyone goes through and a part of life. The show goes even further to call attention to the misinformation teenagers frequently have to deal with when it comes to sex. Sex Education, in an episode on the first season, showcases how teenagers think chlamydia is airborne, reject condoms, and ask other ridiculous questions. By adding such scenes to the show, Sex Education displays the way sex and sexual health aren’t talked about enough in schools and other educational institutions. It tries to get rid of the stigmas we have grown accustomed to around talking about sex by normalizing it.

2. Why knowing what you like in bed is important

The following montage showed Aimee lying on her bed alone, trying to get into a rhythm that worked for her. Once she got a hold of her own body, she started to become more confident with herself—eventually trying to masturbate in different positions and places in her bedroom. After her encounter, she was able to tell her boyfriend exactly what she wanted the next time they had sex. The way Sex Education emphasized Aimee’s discovery of self-pleasure revealed that there is no one way to give and receive pleasure. It is normal and healthy to explore our bodies to improve our sexual experiences with ourselves and others.

What makes Sex Education great isn’t just that the show aims to destigmatize sex. It has captured the hearts of viewers everywhere because it places the characters and their relationships at the center of the show. Several scenes in Sex Education demonstrate the power of friendships, from Otis and Eric to Mauve and Aimee, the show makes it a point to highlight the importance of having loving relationships in our lives. Sex can seem daunting, especially when you have no experience whatsoever and you’re at a point where you’re only starting to discover more of yourself. Sex Education tells us that you’re not alone in this journey of navigating life—your friends, family, and loved ones are there to support you even though the conversations around sex and intimacy may be difficult to approach.

4. Communication is key to better relationships

One of the most prominent themes in the show is communication. Almost all of the episodes tackle communication one way or the other, showing how it plays a major role in maintaining relationships. For instance, in another episode, Otis and Ola become more physically intimate with each other. After researching “how to finger” on the internet and trying it on Ola, Otis felt confident that he’d been able to please his partner. Though by the end of the episode, Lily (another one of the main characters and his ex) tells him that his method of fingering was more of a rough jabbing, and it wasn’t pleasurable for her when they were together.

5. There’s no pressure to have sex.

One of the biggest struggles of growing up is feeling like you’re being left behind. It seems as if most, if not all of your peers, have already had sexual experiences. With that said, while Sex Education is a show about sex, relationships, and love, it also reminds us that you don’t have to feel pressured to do something when you’re not ready to.

For example, in another episode, Sex Education features Lily who felt that everyone at her high school but her was sexually active. Because of this, she had tried to get with anyone around her just to get the deed over with. But as the episode progressed, she slowly realized that she wasn’t prepared enough to have sex yet. Otis reassured her feelings and let her know that it’s okay to take things slow and listen to what her body is telling her.

So, for everyone who feels like Lily at this point in their lives, we have a reminder for you: don’t force yourself to have sex just because everyone is doing it. Do it at your own pace and with someone you feel 100% comfortable with.

Admittedly, the media still has a long way to go when it comes to depicting sex in a way that is healthy and inclusive. But seeing how Sex Education is going in the right direction, it gives us hope that shows that want to tackle sex in the future will follow suit and try to make conversations about sex, relationships, and love more real and relatable for all of us.

Want to learn more about what we have to offer? Contents about love, relationships, self-care, and a lot more? Check out our website and @thescoopasia @tplph on our social media accounts: Facebook, Instagram