Speaking of Consent, Why Is It So Difficult to Say “No”? 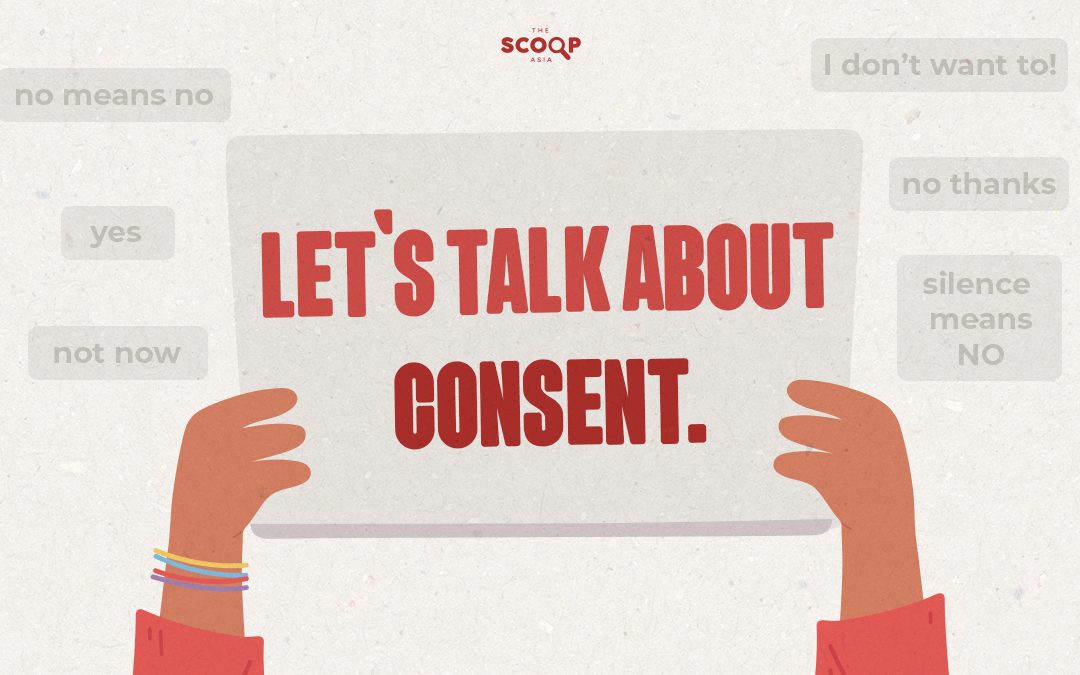 “It doesn’t have to mean anything.”

Let’s talk about consent. Saying no has become an easy go-to answer for some women when being asked out or harassed by men, while for others, it is a mothe#*@^!ng challenge to say “no” and it’s time we figure out why.

Let me speak from firsthand experience before diving into the general thoughts revolving around the topic.

I have (or at least, had) a very close friend of the opposite gender who only recently started asking me if I’d be down to hook up. I grew up with this guy, so naturally, my answer was always no––you’d think he’d get the hint, being that I straight up said no, but really, some guys just can’t read a room. We met up one morning to have breakfast and believe me when I say it was one of the most uncomfortable mornings of my life. He was unusually touchy while driving and no matter how uncomfortable I was, I just couldn’t push his hand away. No matter how much I wanted to step out of the car right then and there, I simply couldn’t move my body. I just froze.

This is where the main question comes into play: Why is it so difficult to say no?

The ever-so-popular “no means no” phrase is as old-school as ever. It implies an outdated assumption that when it comes to dating, men “score” women, while women are gatekeepers, and that men getting through those gates is the goal of every sexual encounter. Getting a woman to not say no is the ultimate goal, and this can lead to a very dangerous culture in the dating world.

I’m sure we’ve all heard of the fight or flight response to certain situations, but the truth is, none of us will ever know which response we’d immediately jump to until we’re actually in a situation that would require us to respond; however, with confidence, I believe that unfortunately, most women know how they would respond––simply because a whole lot of us have already been in a situation where the men around us have made us feel uncomfortable. Instead of outright saying no, women have developed a choreographed routine to get out of certain situations, and that is because women have been socially conditioned to believe that their bodies are “readily available,” until the word “no” has been verbally stated.

Let’s get down to one statement I would like to make: It is not always easy to say no.

When I asked other women why they have difficulty saying no or calling out a man who’s making them uncomfortable, one common factor came into play, and it was fear.

Fear of offending the other party, fear of getting physically hurt, fear of getting yelled at, and even fear of being gaslit. “I never had any intentions, I was just being friendly, she was just being sensitive.” is such a common line to hear once we call out a man for making us uncomfortable––it’s such a hassle to be in this situation, that we would much rather just be quiet, and that’s the saddest part of it all.

“When I was in the second grade, I was seated behind this guy that I wasn’t close to at all. He then faced me and held my knee/thigh for about a minute. I wanted to tell on him but I didn’t really know what to say. This is the earliest memory I have of being uncomfortable with a person/stranger’s touch. I still remember it clearly till this day, including the look he gave me. Looking back at it now, he probably didn’t know the gravity of what he had done, but it also shows how important it is to teach consent at such formative years, and to teach everybody the distinction between good and bad touch. Since then, I avoided that kid till he transferred schools.”

While there is no easy fix for women to this controversial issue, there’s one simple rule everybody can apply: Always ask for consent.

Despite the fact that some of us believe being close friends is enough of a reason to physically touch each other without the worry of offending the other party, the simple truth is that not everybody is comfortable with touch, and that is completely okay.

I know it’s difficult to call out a man on the spot, and again, it’s okay. Talk to one of your girlfriends about it––that’s one of the greatest things about being a woman: we all have common struggles, and we all understand. As women, we are stronger than we realise, but when we come together, empower each other, and hear each other out, that is when we become invincible.

The women of The Scoop Asia are always here to listen.

You are powerful. You’ve got this.

It's the season of giving! Here's a few ways to gi