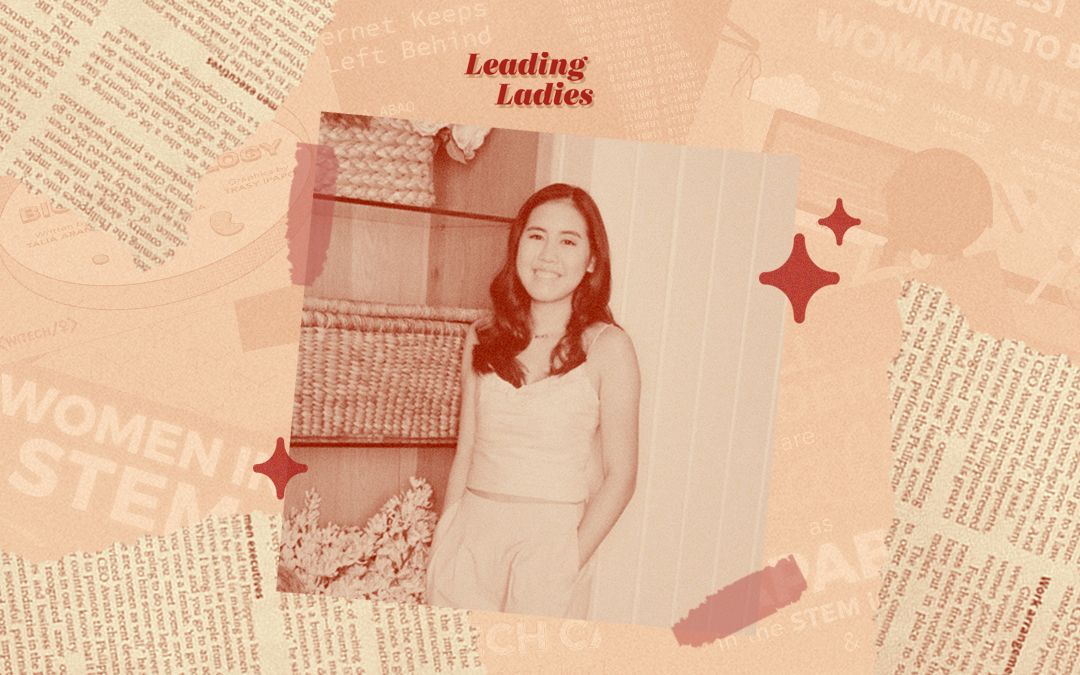 Who says you can’t start changing the world at just fifteen?

Audrey Pe, founder of Women in Technology Organization (Or in its official abbreviation, “WiTech), started the organization when she was a sophomore in high school.

WiTech’s mission is to educate, inspire, and the youth to break gender stereotypes, and make a difference using technology.

Pe shares her insights on what inspired her to start the organization, the ups and downs of it all, and even gives advice on aspiring young Filipinas who have their own advocacies.

1. What inspired you to start WiTech?

WiTech really started from a middle class computer class experience. When I was in middle school a few years ago, I didn’t find it all too exciting until my teacher decided to go off curriculum completely and introduced us to this game where a snake would have to navigate a maze. That was the first time that I realised that the apps and websites that I had relied on were mainly using code and that I, too, could learn the same mysterious language of computers; this really fascinated me. When I went to my teacher to ask if we would be learning more about coding, I was told that it was not part of the DepEd curriculum and that we wouldn’t be learning [more about] it but [my teacher also said that] I could go online and look up a few tutorials there––thats what I did for the rest of middle school and early high school. When I wasn’t studying for school or wasn’t in extracurriculars, I would be in front of my laptop, Googling how to code and [looking up] free Computer Science tutorials.

2. What are some of your favorite events or conferences that WiTech has held?

I would like to give a shout-out to our Women in Tech Reach Program, which was the first one that was held in Marawi back in 2018. We went to Marawi in August 2018, and we brought second hand laptops, introduced a tech curriculum, a Microsoft Office curriculum to the Mindanao State University High School students; there, we taught the students how to code and how to use Microsoft Office. I believe that event deserves a shout out because it was exciting; seeing these kids learn how to code for the first time really sparks joy in you. We also discussed how social media such as Facebook is connected to coding. The excitement they experienced isn’t something that all students, especially in the Philippines, get to experience because of the digital divide in our country.

3. What have been the best and worst parts of running the organization?

The best part about running the organisation would have to be finding like-minded peers, and I think it’s because leading up to the start of WiTech, I had a lot of doubts about starting the organisation; [this was due to the fact that] I knew very little people, especially people my age in the industry. I’d go to a lot of networking events and and conferences back home in Manila, and I’d always find that I was one of the few women in the room; I was [also] always the only teenager, and just finding that community of other teenagers who are passionate, especially growing up and figuring out what i wanted to do in college and everything has to be the best part about running WiTech. I’d have to say that the hardest part about running the organisation would have to be the balancing act, especially in my junior and senior year in high school. I was balancing WiTech with extracurriculars and a full-time academic load. I was taking the International Baccalaureate with a couple of college-level classes, and I was applying to colleges in the US and the UK; it was really a stressful time to the point where in my senior year, I would have a favourite cubicle in my school bathroom to cry in when I was too stressed, but I’m glad that I got through it; that period really taught me a lot about my time management and prioritising what’s important to me.

The intimidation of always being one of the women in Tech conferences was really something that struck me, especially at the beginning of starting up WiTech. I really recall walking into rooms and [always] being one of the few women, sometimes, the only woman or student in the room, and it was difficult because I’d always be told jokes like “Shouldn’t you be in school right now?” and things like that. A lot of the jokes were sexist, but most of them were also ageist to an extent, and that really intimidated me at the start; [however], as I grew along with WiTech, I realised that just being in those rooms really motivated me, and got me thinking things like “Okay, maybe we’re really onto something.”

4. How have you adapted to the recent pandemic?

In order to address certain barriers during this pandemic, we decided to [hold] a fundraiser with the Unang Hakbang Foundation, in order to provide for low-income students, specifically, to provide laptops and gadgets to students who were at risk of dropping out [of school]. I think now more than ever, we’re seeing how education and technology come hand-in-hand, especially because of Covid, a lack of technology basically equals a lack of education. We’re very serious advocates for making sure that the digital divide gets taken down because we want to remind people that even though [there are students who] have the means to access online learning and to continue their studies, not everybody, especially in the Philippines gets that––this is something we’ve really been trying to call more attention to, especially during this time period, whether it’s through fundraisers or blog posts, interviews, or publication materials, we make sure that we talk about the digital divide.

5. And finally, what advice would you give to aspiring Filipinas with their own advocacies?

A piece of advice that I would give is that you don’t need to have a one-hundred percent clear cut plan of what you want to do; I say this because when I was thinking [about] starting WiTech, I couldn’t help but think about stuff like “Okay, what are the monthly goals? What are the yearly goals?” and throughout WiTech’s growth, I realised that as much as planning is a way to stay on track, you have to be open to those plans changing because it’s more important to have a clear cut problem that you want to have solved rather than a clear cut plan. I never thought WiTech would turn into anything more than a blog; I didn’t think that we would have fifteen different chapters around the world, and it’s crazy because if I had stuck to the plan that my fifteen year old self wanted to create so clearly, then none of this growth would have happened. Instead of being a perfectionist, it’s more important to know the problem that you want to have solved, research on it as much as humanly possible, reach out to different organizations with similar advocacies; learn as much as possible and listen to the group of people that you want to impact and take their advice––if we hadn’t done this, then WiTech wouldn’t have gone from hosting the first Women in Tech Conference to going to different provinces and teaching students how to code. It’s important to have a clearly identified mission and vision, and continuously talk to people you want to help out.

WiTech currently has a website where they regularly update a Covid-19 timeline here in the Philippines, and also post about their previous projects and conferences. You can access their website through this link: www.wi-tech.org.