The Five Telling Signs of a Manipulative Apology 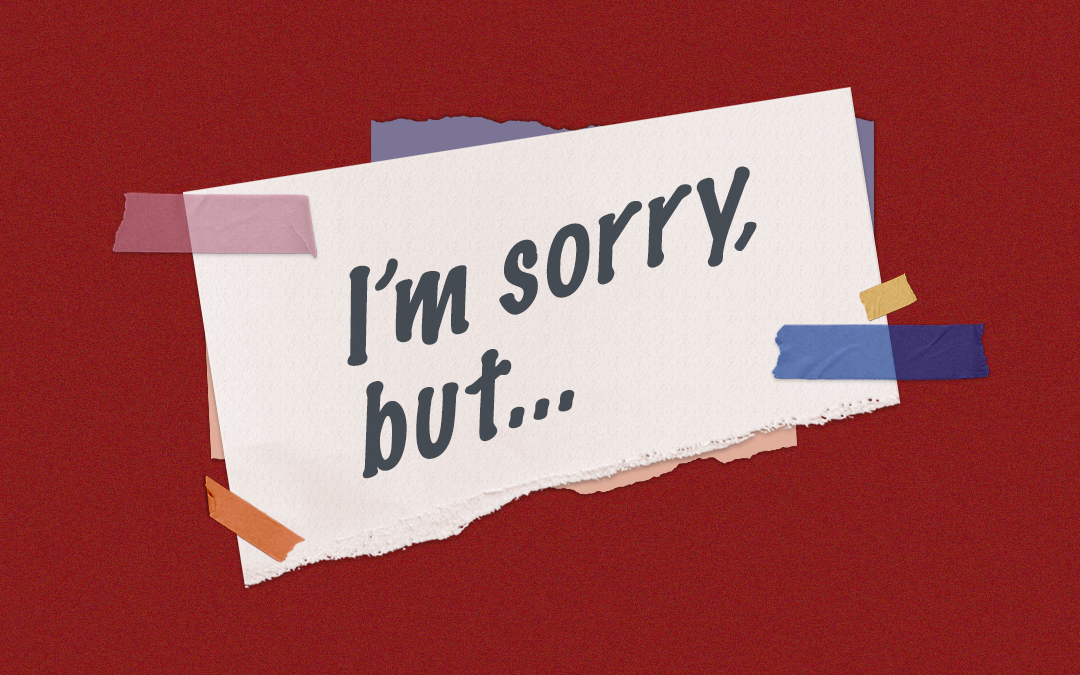 We make the wrong decisions, we hurt other people, we say foul things in negative tones; we’re not perfect. That’s when apologies come in.

It takes great vulnerability to tell somebody that you’re sorry. An apology can either be sincere and heartfelt, or fake and empty, and I’m sure we’ve all heard an apology that falls under the latter.

1. Their apology takes no responsibility for their actions

What exactly does this sound like? Apologies that take no responsibility for their actions sound a lot like “I’m sorry you feel that way,” rather than “I’m sorry I made you feel that way.” Although I personally believe that learning how to keep one’s emotions in-check is key to having a more logical perspective on every situation, I also believe that people should take responsibility for their actions. People are entitled to their feelings, and whether it was one’s intention or not to stir those emotions into something negative, an apology is in order if the other party feels they deserve one.

2. The apology is put out there merely to end the argument

I think that says everything. Apologising in order to finish the conversation, most especially if the apology isn’t sincere, is manipulative.

Not only is it manipulative, but it is also counterproductive. Arguments that end without being truly solved, never really end. These arguments, more often than not, are bound to come up again, and honestly speaking, who wants to spend another hour or two arguing about the same thing over and over again? Yeah, I’m going to take a hard pass on that.

3. “I’m sorry” becomes a part of the sentence, rather than the whole sentence itself

An apology that is always followed by a “but” is a red flag, and I sincerely hope everybody knows this. Despite the apology being a part of their sentence or statement, they aren’t actually apologising. This loosely translates to “I know you’re hurting, and I’m sorry, but I’m hurting more. I’m the real victim here.”

4. Their apology comes with conditions

“I’ll apologise, but only if…” Apologies that come with certain conditions often mean the other party is just trying to end the conversation once and for all. Apologies, most especially those that are intended for our loved ones, should never come with conditions if they were sincere.

5. The apology is more about them

A manipulative apology will always be followed by a hundred reasons and justifications for their wrong-doing. An apology is supposed to empathise with the victim rather than a mere excuse for what the perpetrator had done. Apologies that fall under this category only show that they care very little about your emotions or perspective.

I’m personally a big sucker for second chances (And yes, I’m a Pisces). I try not to label people as “toxic” the moment they do something foul–this includes giving me a bogus or manipulative apology. We have to take into consideration that not everybody is fully aware (yet) on important matters such as this, which is why educating people on touchy subjects is just as important as educating yourself.

There’s a Filipino saying, usually used in the context of politics, that I believe is applied here, and the saying goes “Kapag namulat ka sa katotohanan, kasalanan na ang pumikit” which indirectly translated in English means “Once you have been made fully aware [of the truth], it becomes your fault once you decide to turn a blind eye.”

Not being aware that your apologies have been manipulative no longer becomes a [somewhat] valid justification once you have been educated on the matter. It’s time for us to develop and grow to become good people.