The Four Waves of Feminism 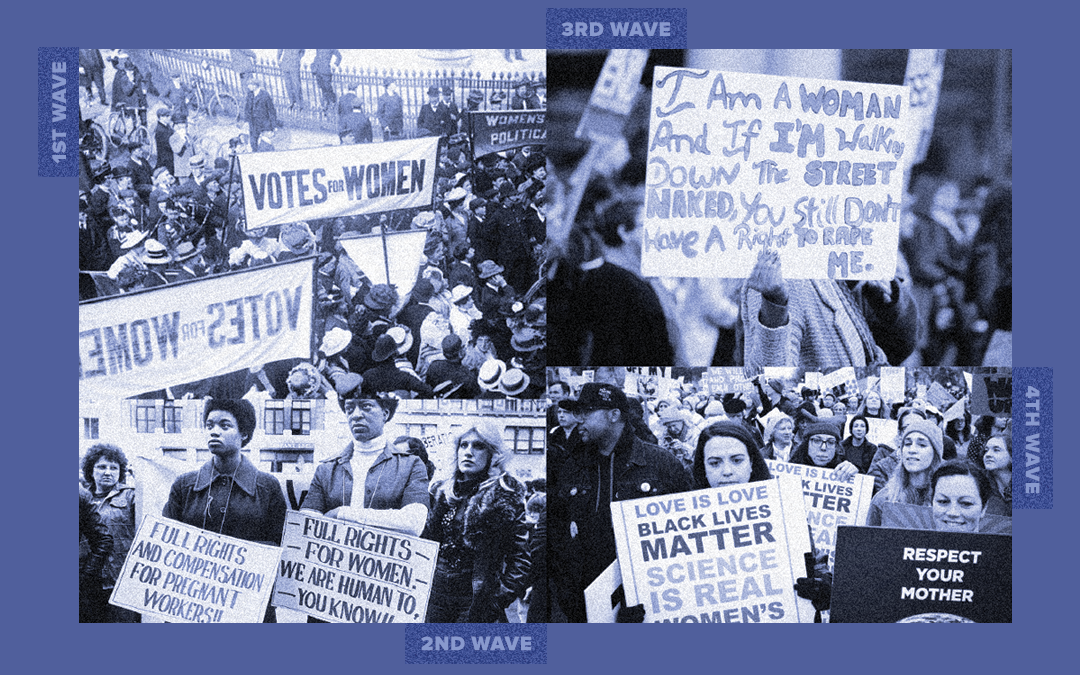 One thing’s for sure: feminism is here to stay. However, our era of feminism is built on the progress achieved by the generations of women who came before us. The movement started at a time when the rights of a woman — let alone what the definition of a woman is — were drastically different. These generational differences between the goals of the feminist movement in their respective periods were categorized into waves. Let’s have a short rundown of their key features.

On Suffrage and Politics: The First Wave of Feminism

The first wave came a time when the “cult of domesticity” was at an all-time high. The role of women as a mother or a housewife came at the direct expense of women voting and participating in political discussion. The Seneca Falls Convention in 1848 started the women’s suffrage movement, which asked women to fight for their rights. The convention successfully granted women the rights that we enjoy today but were unimaginable to women of that era.

Beyond Face-Value: The Second Wave of Feminism

Even if we still have the beauty pageant system today, we cannot deny that the second wave of feminism challenged the way it reduced women to their physical appearance. Feminists of the era posited that women were being groomed by the patriarchy to either become housewives or low-income employees so that they can continue controlling every individual woman. A stark example of this opposition would be the protests against the Miss America pageant in 1968 and 1969.

These concerns were labeled as less urgent compared to the issues of war and race that were also taking place at that time. Feminists responded by forming women-only groups that also adopted stances that at that time were radical. These manifested in supporting neo-Marxism, opposing heteonormativity, and highlighting identity politics.

Revolution and Reclamation: The Third Wave of Feminism

In the first two waves, feminine clothing and makeup were regarded as the shackles women have worn under the patriarchy. However, the third wave welcomes those items back — not because that’s how a woman should be, but because they recognize that it’s what a woman can be (if she wants to).

It heavily utilized the digital nature of the era. The web became a medium for “girlie feminism” to allow women to reclaim their affinity to makeup and traditionally feminine things, but its accessibility also made it easier for all people to experiment with their gender expression, personal style, and the like. As such, it also entertained a then globalized world through not wanting to restrict the discussion to “feminists-versus-the world”. Instead, they recognized the nuances brought about not just gender and sex, but race and social class as well.

Many, Many, Faces and More: The Fourth Wave of Feminism

Unlike the second wave or the third wave, issues on class, SOGIE, and the environment are not seen as issues independent of each other. Instead, the struggle of feminism is rooted in the struggle of these issues, meaning some women have it more difficult than others by being born into circumstances they could not control. This is specifically why the feminist movement became more inclusive through rejecting Trans-Exclusionary Radical Feminism among other radical forms of feminism that actively excluded minorities.

Much like this world, the feminist movement is continuously evolving. We should seriously thank the powerful women who literally walked so we could run. As the new generation of feminists, let’s make sure the next generation has more protections too.