The Paradox of the All-Girls School 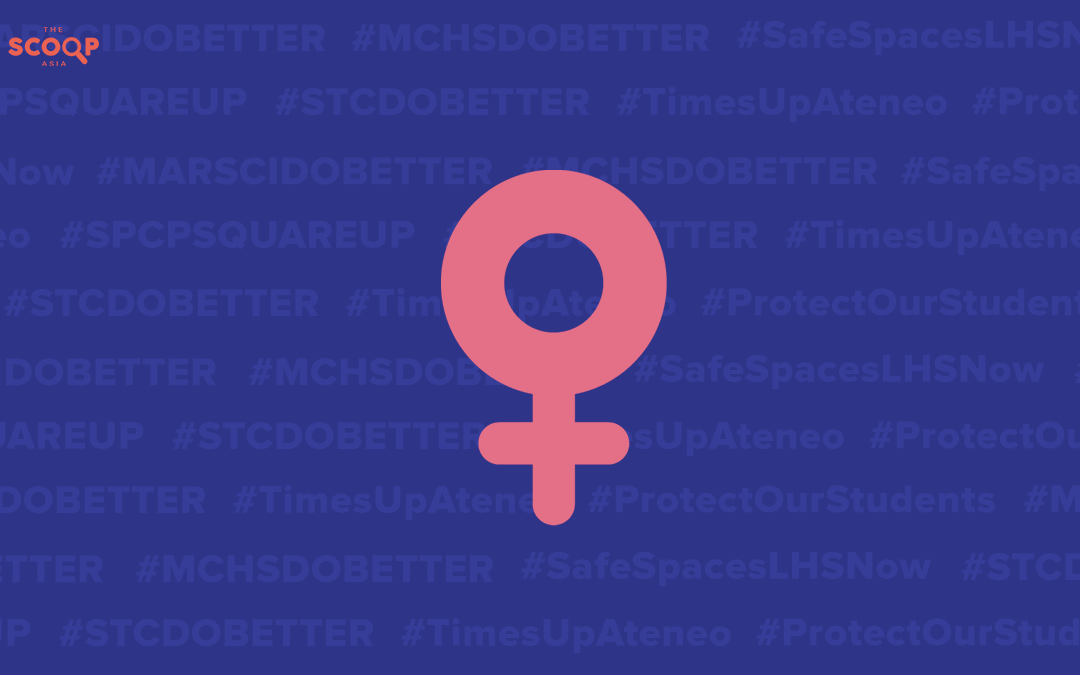 TRIGGER WARNING: The article frequently mentions sexual harassment, pedophilia, and abuse of authority which may be distressing to some readers.

“I placed my daughter in an all-girls school for many reasons. I liked the school’s curriculum and that it was very near home. What other mothers and I agree with, though, is that we did choose the all-girls set-up because we thought they’d be safe.” — Anonymous Parent, 43

The Filipino all-girls school has thrived on family-friendly feminism. Young girls are said to be protected and mothers and fathers alike send their children to this system. Put all of the girls together and they’re free from harassment — supposedly freer than most.

The sudden rise of hashtags such as #ProtectOurStudents, #MCHSDoBetter, and #SPCPSQUAREUP have proved that this is not always the case. All-girls schools, ironically, have become breeding grounds for pedophilia and predatory acts being committed by teachers unto students. Such acts range from making suggestive remarks to sexually and romantically pursuing underage students.

“Sometimes you think it was your fault because you were too nice or too blind. Whether you were in love or infatuated or completely disgusted [with the teacher], it didn’t matter. The stigma can be so pervasive you can beat yourself up with its own words.” — Anonymous Student, 17

The power dynamics that come into teacher-student interactions serve the teacher more than the student. It’s the fear of failing, of enraged parents, and of being stigmatized by the school that makes it harder for students to get out of it. As a matter of fact, some students are harassed as early as junior high school when they have little idea of the complexities of relationships and power.

This is not the first time it’s happened. For years, stories of predatory teachers have been reduced to lunchtime gossip between students. However, the wave of stories that came out last week made it clear that many teachers have gotten away with being predators for far too long. Similarly, it also implies continuous negligence from the administration through failing to protect the girls they’re told to serve. This is the paradox of the all-girls school.

The call to action isn’t to abolish this kind of education system. It simply wouldn’t work, because we’d have a system wherein predators are left unaccountable and young girls are left without reparations. With the alarming effects of these injustices onto our education system and youth, we must learn how to respond to these issues without running away from them.

“We need to reinforce the idea that whatever abuse one has experienced is not the fault of the victim, but of the faculty that committed the malicious and ill-intentioned crime. It is not the job of students to teach teachers how to be decent human beings.” — Anonymous Student, 17

As we demand reform from the education system, we also have to make an extra effort to reverse the victim blaming many of these students have to go through. It takes time to fully believe that what happened to them wasn’t their fault, and it takes an even longer time to believe that they need to get help. In reaching out to these survivors, it is through patience that we can give them strength.

The all-girls school system has failed its student body in the present, but it doesn’t have to be this way — it shouldn’t. As allies, we must continue to demand and fight for the safety of every student. It is only then we can #ProtectOurStudents.

Since this article has been written, many student councils and groups have offered free assistance and support to survivors of abuses of authority. Click here for Saint Paul College Pasig’s, here for Ateneo de Manila University’s, and here for Project Sulong’s. You may also click here for updates on how this issue is progressing in different schools nationwide.