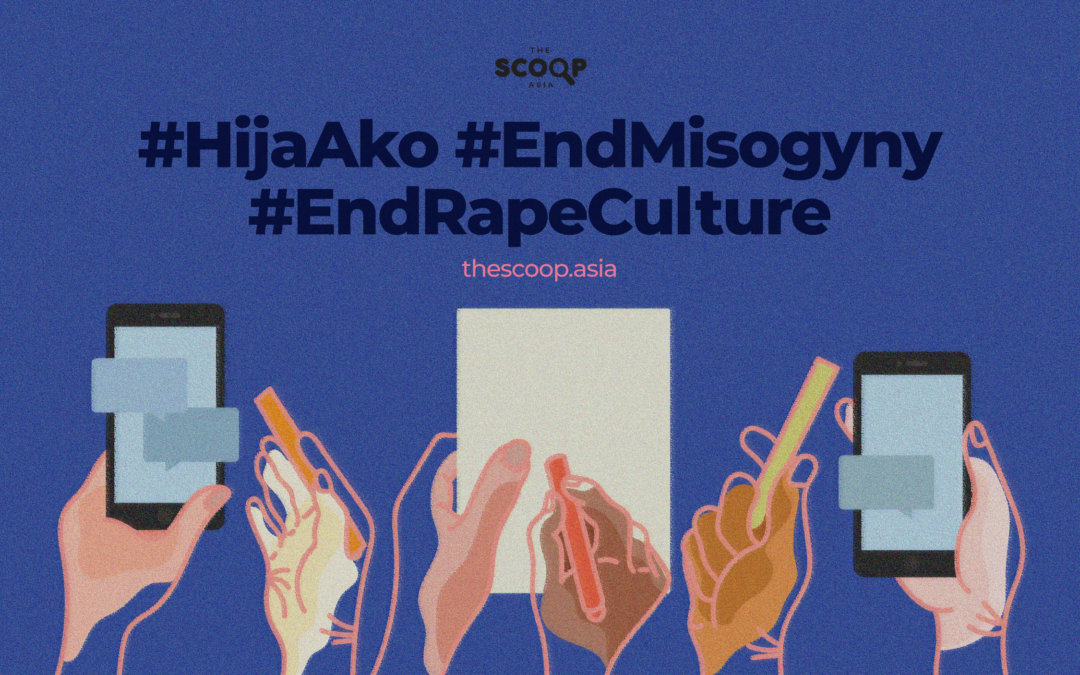 Rape culture has harmed women by making its way into the DNA of our schools, communities, and groups. It has nursed the belief that women are weak and malleable, making it easier for some men to make us believe that that is all we’ll ever be. Last weekend, the hashtag #HijaAko bites back at this reality, making the message clear to everyone: rape exists because of rapists.

But the lens of a feminist Filipina asks us not to just fight against these narratives in a broad sense, but to step back and realize the reality of going against rape culture. The ability of a woman to liberate herself depends on her context. Some women come from sheltered — if not misogynistic — families, so they may not be able to participate in public demonstrations. Others simply do not feel ready to speak up and come out about their stories to the same volume some people do on media. Some of these methods are privileges some Filipinas cannot afford.

These contexts don’t make these women any less part of the struggle, nor any less feminist.  From the day we decided to reverse misogyny to the day we achieve change, we must ask ourselves: what do we do in between? How do we make our response to this accessible to all women, men, and non-binary individuals? Today’s evolving society provides a couple of suggestions.

The 21st century uses science and technology to make it easier for us to help each other keep safe. There are apps such as Life 360 that allow you to choose who can view your location and send a signal of help to them in just a click of a button. New inventions such as date rape nail polish and cup condoms aim to minimize the fear of getting drugged at parties and gatherings. While these technologies are still unpopular in the market, donating to their initiatives could help them expand their reach.

Even if you’re not well-versed with the legalese of politics, you can still combat rape culture by signing petitions, participating in pro-women online protests, and even reading up on the specific rights you have as a woman according to our laws. Newly enacted bills such as the Safe Spaces Act, which took effect in 2019, lists what is considered harassment even down where it takes place and how it is done. Pro-women initiatives and movements such as Amarela Philippines and SheDecides Philippines publicly post infographics that condense complex bills and issues in a way that is more understandable to the public.

Above all, while we can be caught up in the different ways to combat rape culture, let’s not forget to check on those who are the nearest to us. Sexual violence can also occur in our households, schools, and even our phones so we have to keep an eye out for others. We must not turn a blind eye to signs of abuse. In the event that you suspect that someone you know may be in an unfavorable situation, you can show that you’re willing to listen and help. From sharing posts to talking to them personally, you can make a huge difference in the life of someone who is at risk by just being present.

#HijaAko asks us to reclaim the term “hija” from those who subscribe to rape culture and turn it into a label for women who fight for their rights. In the difficult road we have to walk for feminism, it is when we have different approaches to fighting back alongside our fellow hijas that it becomes harder to degrade our humanity.