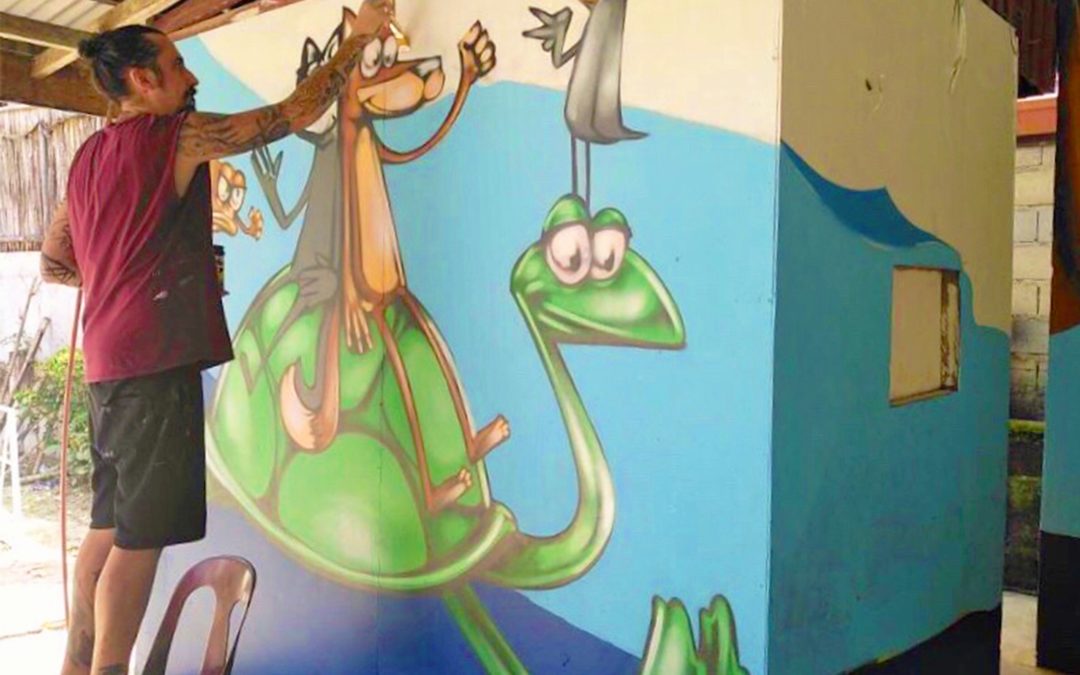 The three-week event was composed of IEC sessions that aimed to educate and inform the locals of Port Barton, specifically the organization of boatmen, students, and resorts owners regarding proper conservation of marine life. There was also a film viewing featuring a film about turtles. Plus, they held a beach clean-up drive and art workshops for the children of Port Barton.

Port Barton was filled with colors as the marine mural making event started last December 12-30, 2019. It was participated by international and local artists who gave their marine life interpretations in each artwork. Now, every corner at Port Barton tells a different marine life story.

Aside from these activities, Sculpt The Future Foundation also took part as they descended a sculpture named as Doctor Octopus Face in the waters of Port Barton to become a living structure for the marine creatures.

Atelier Aquatic Community Interest Company has been educating and spreading awareness regarding the conservation of marine life since 2017. To know more about their upcoming events and activities you can visit their website at www.atelieraquatic.org or their Facebook page Atelier Aquatic.