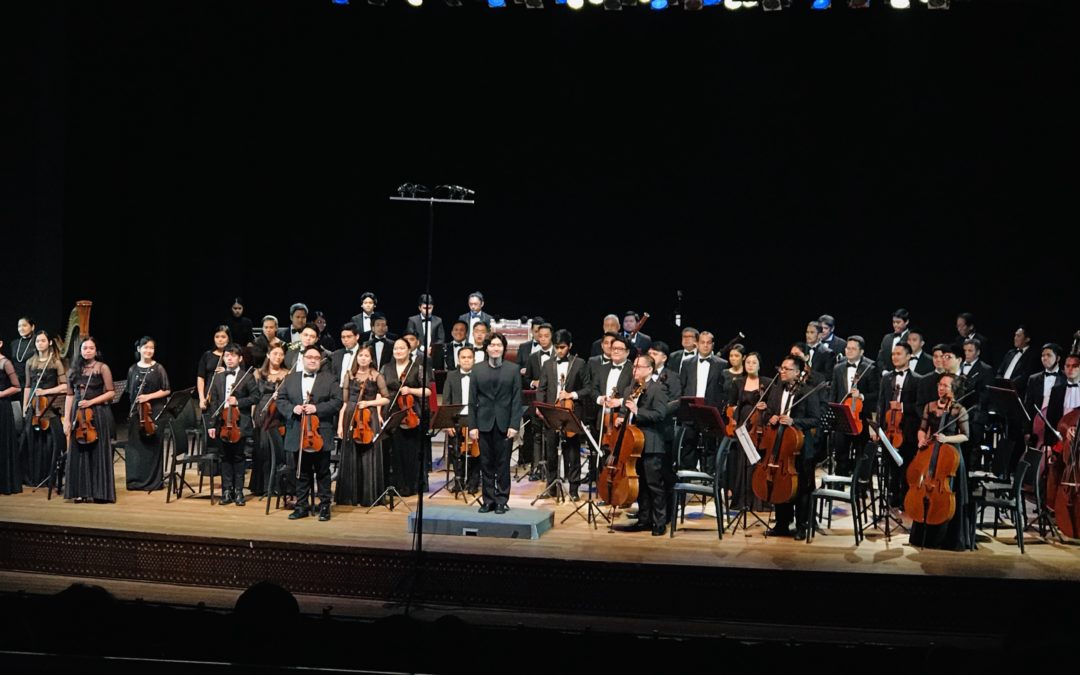 Ang is a young Singaporean conductor who had a chance to work with some of the well-known orchestra like; Singapore Orchestra, Orchestre Philharmonique de Radio France, Konzerthausorchester Berlin and many more.

Julliard-trained violinist — Diomedes Saraza Jr. also teamed up with the orchestra along with Korean cellist — Kim Yeonjin. The two joined the first set of the event where they gave a laudable performance of Double Concerto Op 102. French flutist and composer — Pierre Jensen also graced the stage with a special performance of his masterpiece with Ang and MSO.

Saraza, Ang and MSO unite to perform the famous piece of Russian composer Pyotr Ilyich Tchaikovsky from Swan Lake — Ballet Suite. The performance ended the night and have received so much praise and applause from the audience. After the show, the three international performers proceeded with the meet and greet where fans and audience who had enjoyed the show had lined up to.

The 2-hour orchestra concert — Pas De Deux was part of the series of concerts of MSO for 2019 – 2020 entitled “Live Music Lives.” For updates and future concerts, you may follow the Manila Symphony Orchestra.