Hey, Jill: Finding Stories and Friendships in the Most Unlikely of Places 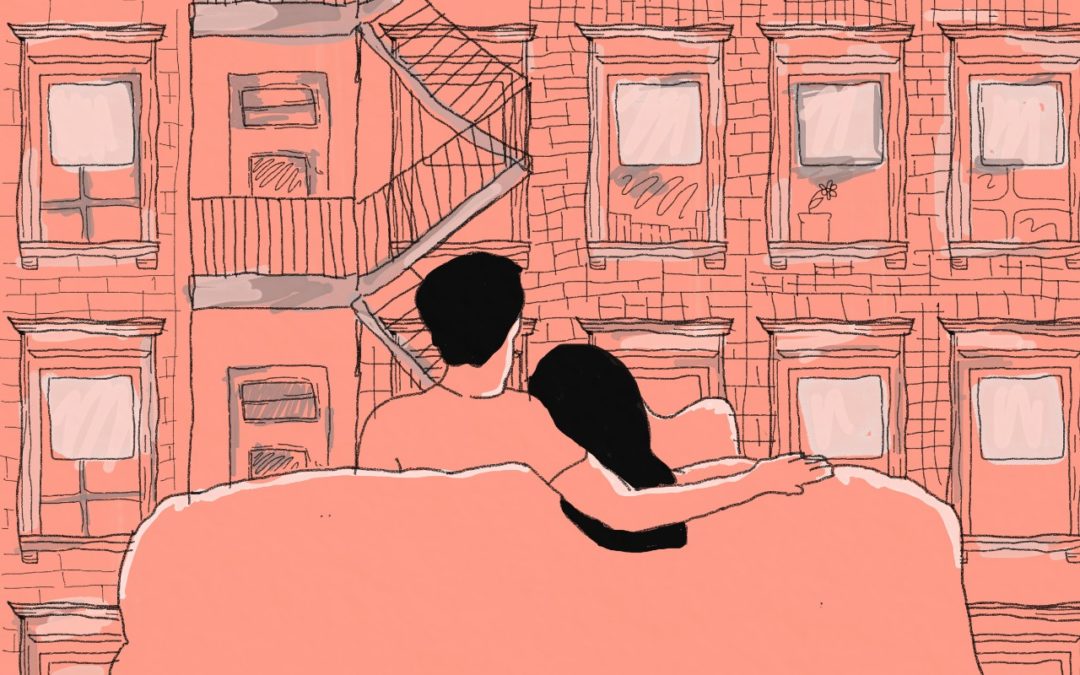 When I met Jill, I was in my mid-30s, a digital nomad living between the towering buildings and sea of cars in the metro. I had come to this small city packed with bodies and establishments not knowing anyone. Leaving my home state, I was here to finish a book. Originally, the plan was taking a residency, some sort of writing retreat, but here I was tucked inside my apartment’s four-cornered studio unit.

The thing nomads don’t tell you about traveling solo is how it gets lonely. Normally, I can focus and write on my own company but days have passed where I do not interact with another human being. I never thought it would get this quiet on a bustling district. People are talking but rarely communicating.

So when a brown-eyed stranger ran after the elevator to hand my wallet I unknowingly dropped, introducing herself as the neighbor from across my hallway and wondering if I might like to come to join her group and workshop — I was hesitant, but as a thank-you, I politely agreed.

I’ve never seen nor bumped into her from a month living here yet judging her optimistic voice and bright colored tee, I assumed she was in her early 20s — perhaps still in college and I felt a strange pang because if I wanted a friend during my trip, I would hang with someone my age to go drinking. And going on a support group for young artists hosted by the next door lady, wasn’t the plan.

So there I was, on a Saturday having brunch with Jill and 9 more people joining that week’s session. I watch her lead the group by starting rounds of introduction amongst us and I learned she works with a lot of non-profit organizations. Also, she’s not as young as I thought — on her late 20s.

Everyone interacts through the room and soon enough I was comfortable. Surprisingly, I became a regular attendee. They were great and incredibly talented people. Sometimes Jill and I even went out for dinners, visit each other’s place and check in with our works. Other days, we just hang on our couches, watching movies and chit chat.

At this point, people ask us if there is more than friendship going on. Often, we would gossip about how people think our relationship was ridiculous. From the get-go, there was something about our interaction that reminded me of friendships back home. It was instant, quiet, vulnerable, funny and supportive.

We would always talk for hours and find ourselves, two people from different states and ages, in the balcony sharing drinks and smoke like two roommates turned best friends from college or something. It was very odd, unlikely but it made sense. At least to us.

Years passed, I finished my book and went back home. Though apart from Jill, we never did lose out of touch. A decade in our friendship, I was invited to her wedding and asked me to be her “Best Man/Maid of Honor,” I know, it’s unusual but however you want to see it I couldn’t imagine anybody else.

I haven’t seen her for a long time but going back to that city and seeing Jill once more, suffice to say was beautiful and heartening. We banter amiably, a familiar exchange since and never seeming to forge a genuine connection.

That night, I realized one of the greatest romances of my life has been our friendship. In many ways, more fulfilling than other love: less selfish, more subtle, and attuned to kindness, understanding, patience, and compassion. A reminder that this still counts. She was my greatest romance that didn’t need to be validated by romantic love.

There was beauty there that certainly speaks to plenty of us who recalls our long-term best friends. Jill certainly was that person for me. And seeing her walk down the aisle slips back into seeing her young wonder back then. She wears a smile and carries herself so poised. Only now she looks more so sure of herself. I couldn’t be more lucky and grateful.

It’s always the little things you do for yoursel

Getting those Os aren't just for quick pleasure! C

Coming closer and closer! Are you ready for our G

Looking to spice up your sex life? Try these foods

Get a chance to win TWO sex toys from @frisky.ultd

Send noodz 🍜? Is it really possible to take ba

We're encouraging everyone take this chance to lea

A good cry is essential but we NEVER give up. 💪