Revisiting your Favorite Video Games with The Manila Symphony Orchestra 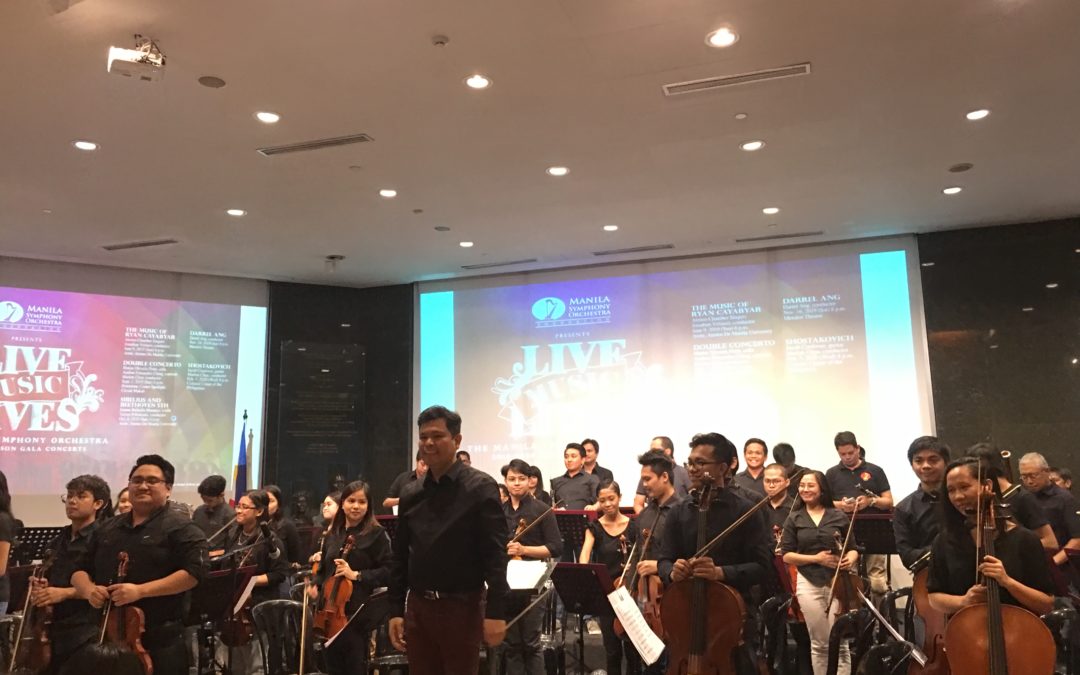 When everyone else is busy exchanging their live concert stories, one can’t help but recall those special nights we’ve all gone through from an arena packed with a roaring crowd, blinding lights enters a band or a solo artist we all stan on. And while it is true that majority considers that’s how music should be celebrated, sometimes it’s not always the case because the last 9th of May a rush hour concert took place along the busy district of the metro.

Rush Hour Concert Series is your regular gig at Ayala Museum in Makati City. It’s not just some basic gig set-up, what separates it from others is it’s presented and performed by the Manila Symphony Orchestra known for their signature classical concerts and their themed shows such as The Beatles and recently Bohemian Rhapsody nights. However, last Thursday night was a bit more special because the room was turned into a throwback featuring all music from video games we have played growing up.

The idea usually appeals less to most people once they hear orchestra but believe it or not it was absolutely amusing. In a world full of live shows, it wouldn’t hurt to try and experience this once. Imagine a roster of musicians playing various instruments in chorus following their conductor’s rhythm, how intimate the show gets without giving away the fun in it. The MSO deserves to rise up alongside the main staples for entertainment.

Upon arriving at the venue in the afternoon for the “Symphony of Support,” started — an afternoon of music and thanksgiving exclusive to media graced with a pre-show performance by the group and a glimpse MSO’s 2019-2020 Season Gala Concerts dubbed Live Music Lives.

Came in the early evening, people started arriving for the full “Rush Hour Concert: Video Game Symphonic” show. The demographics were mostly made up of young adults, a mix of men and women, who all seem like they just got off their work and are into the video game community. There were parents, kids, and cosplayers too which caught attention. It was packed and a handful was left on standing, an ideal getaway from the hectic life outside.

Everyone looked thrilled to start the night. It was 6:30 pm when music started to play, lead by Jeffrey Solares — conductor and annotator of the show, he introduced the theme being a bridge for the young ones and receipts that orchestras don’t only play classical but rather catches up with modern times and when are mixed next thing you know everyone gets lost in their own bubble of space listening to the refreshing sound of the MSO.

As light descended a bit, music made its way to our ears. The iconic music of Super Mario Bros bounced in front of the crowd starting of the night as everyone looked enthusiastic. Smoothly followed by what seems to be the audience’s favorite and some, if not, the longest pieces within the set were from The Legend of Zelda, Final Fantasy X, and my personal pick Tifa’s Theme from Final Fantasy VII. The incredibly talented conductor never failed to show off his grasp of merging musical genres from upbeat to mellow and hard-heavy-hitting sound seamlessly.

An orchestra show is a really getting used to event depending on if the music theme hits your interests. Obviously, the gamers present were ecstatic throughout the show. Their next set still raised the energy high featuring Beethoven’s Symphony no. 7, an excerpt as performed in Nodame Cantabile, Pokemon Medley and funnily the Angry Birds theme. People were definitely there for the music, bobbing to the beat during the entirety of a generous, and never dull show.

Finishing off with a banger, MSO surely kept the mood escalating piece by piece when they brought on music from The World of Warcraft, Uncharted and Under the Black Flag from Assassin’s Creed. The loudest and most intense sound swallowed the venue. And before we even moved on came in disco lights circling the stage while the group played Grand Theft Auto. Wrapping the series grand and trending, they flawlessly performed the theme from The Avengers leaving everyone more pumped up and sure was it a standing ovation.

There was a moment after all the clapping and cheering upon, the crowd started chanting for more. And while the conductor, Jeffrey, said they don’t have any more video games music arranged, they might know another game to play. As a pleasant surprise closing the Rush Hour Concert, the orchestra went back in positions gifting us with the music of Game Of Thrones.

With the band’s skillful and fine mastery of their music and craft, one can say that Manila Symphonic Orchestra truly is incredibly charismatic but humble at the same time. One that invites a different experience. This concert series is remarkable and it might not be your usual go-to, one can ease into it and get more comfortable with the whole concept with time. After a night of great music and good conversations, we have to agree that it’s actually pretty fun.

There are more lined-up shows coming up like this through the month plus The MSO Season 2019-2020 Gala Concert “Live Music Lives” will kick-off next month. If you’re keen to check these out, make sure you follow them at http://www.manilasymphony.com/,  visit their Facebook page or email info@manilasymphony.com.