Merch Drop of the Year! From Johnnie Walker, and Perea Street 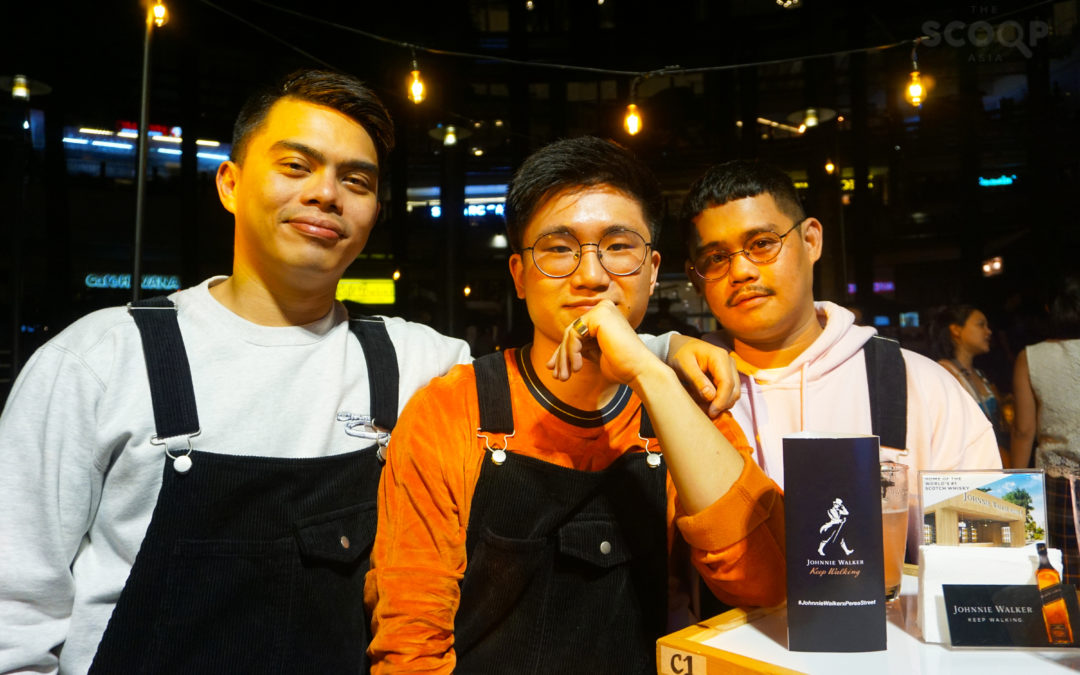 Fashion is a loop. What was hot before, will be hot again. From the chunky shoes, to the Kurt Cobain sunnies, to even fanny packs – it seems like we all landed back in the 1990s. The pull of tastemakers, and key opinion leaders is very instrumental in this fashion resurgence. The obvious assumption would be that celebrities from the west are influencing how the youth of today should be dressing. Although partly true, the rise of a local fashion group has given the nation a new light, and candid look into fashion, and culture in general. Perea Street, composed of Julo de Guzman, Edsel Uy, and Judd Figuerres, bursted into the scene just this July with their humorous takes on streetwear, culture, and even skincare. Their wacky antics, infectious energy, along with their catchy jingles have helped them amass a huge following online. When asked about their sudden rise in popularity, Edsel explained that it came as a huge shock to all of them as they were just doing it for the good vibes. Julo chimed in by saying that he questioned if he was actually funny or not, before putting out the first episode.

Needless to say, that all the doubt the boys had beforehand has gone out the window, as their rise in popularity has garnered them tons of support from fans copying their poses, to local celebrities singing their jingles with them. Along with this, the boys have partnered with multiple brands, with the latest being Johnnie Walker. When asked about their recent collaboration, Judd explains that they feel really lucky as these companies have international appeal, and to partner with them is such a blessing. He expounds by saying that being from the advertising field, it was easy for them to integrate Johnnie Walker in what they wanted to do as a brand because they were really open to the group’s ideas. The culmination of the partnership was held last November 23, at the new Johnnie Walker House in Greenbelt 3, Makati. The JohnnieWeekend event featured two highball recipes that were inspired by the 90’s, and the signature style of humour the boys possessed sed. The Johnnie Flamingo which was a quirkier take on the whisky highball, featured Pop Rocks to give it an explosive twist. Along with it was the Johnnie Vanilla which was a remake of the classic root beer float topped with rich vanilla ice cream. The cherry on top of the event was the much anticipated “merch drop” of Perea Street. They not only gave away back-to-school kits with notebooks, stickers, posters, but also their signature accessory – the fanny pack. No one left the event empty handed as everyone in attendance received their coveted merch.

To know more about Perea Street you can follow their Instagram, @pereastreet, and their respective accounts @julodeguzman, @subicbae, and @edseluy.

Follow Johnnie Walker Philippines on Instagram and Facebook to know more about their upcoming events and don’t forget to drop by at the Johnnie Walker House in Greenbelt 3 until December 22!