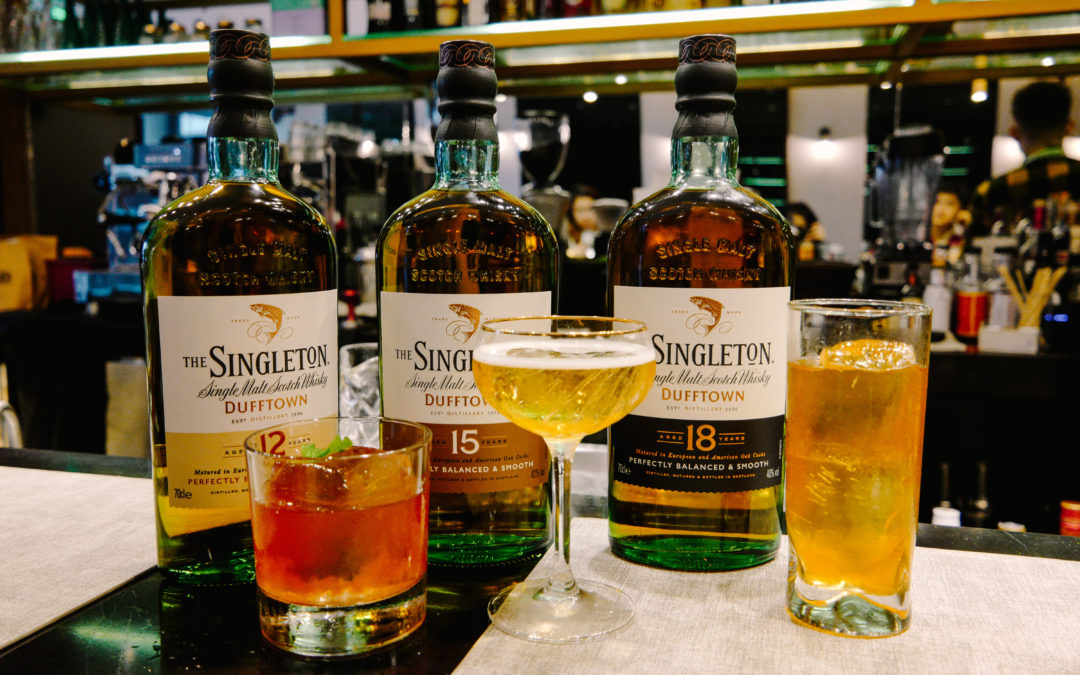 Now that the Christmas spirit is in full effect, people tend to take a break from their ordinary routine and make the most of the occasion. From visiting family out of town, going on that long awaited trip with their group of friends, or even treating themselves to a drink or two – there’s really nothing that can compare to the merriest season of them all. Before anything else, Ervin quickly debunks any myths about the perception of single malt liquor. He explains that it isn’t something to be afraid of, but rather something to seek out, and try. He expounds by saying that there aren’t any rules on how to enjoy it, and he promotes to have it neat, on-the-rocks, in a cocktail – basically, however way you want to. He concludes by saying that the Singleton of Dufftown is meant to be enjoyed without the pressure of any rules, and it’s perfect for those that’s just beginning their single malt story. The first drink, he prepared was named The Singleton Re-Fashioned. Made with The Singleton of Dufftown 12 Year Old, this updated take on the Old Fashioned mixes the sweetness and crunchiness single malt, with a mix of bitters and syrups to form that strong and distinct flavour that is synonymous to its predecessor.

The next drink named the Crucible Sour, made with The Singleton of Dufftown 15 Year Old, is Ervin’s twist on the classic Whisky Sour. He expounds that the drink came from the idea to make a Whisky Sour without the use any lemons, or limes. True enough, the drink was reminiscent of the original drink without any comprises in any of its flavour profile. This Masterclass by Singleton really showcased the versatility of the whiskey while breaking any preconceived notions about its exclusivity. It highlighted the different notes of flavour whiskey is known for, while being open enough to those that are just trying it for the first time.

You can discover the world of single malts with The Singleton of Dufftown, available at all leading stores and supermarkets.