These Women Leaders Are Stepping Up to Fight COVID-19﻿ 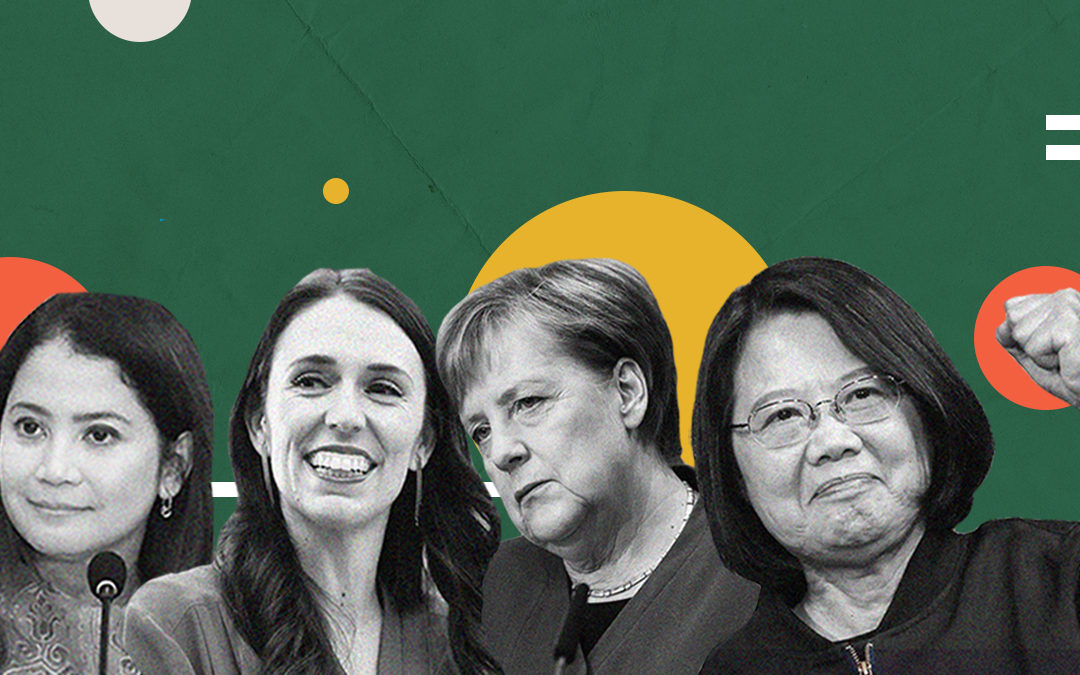 Out of all the world leaders in the world, only less than 7% of them are women. However, it’s clear that with the rise of this pandemic, women leaders from Taiwan, Germany, and even here in the Philippines are taking charge and redirecting their energy to do what’s best for their respective countries. Whether it be through early action, or deploying quick responses, these women are showing us that politics is not a man’s world.

President Tsai Ing-wen of Taiwan wasted no time in shielding her country from a mass community outbreak after the first infected person arrived in Taiwan last January 21. They immediately conducted mass contact tracing for possibly infected individuals, partnered with private companies and took over the production of medical masks to avoid panic buying, and worked with those same partnerships to help severely affected countries with controlling the pandemic.

German Chancellor Angela Merkel used her background in scientific research and quantum chemistry to map out and predict the rate of the spread of the virus in Germany as well as implementing a wide aid program to assist affected people and communities, and early-action mass testing for Germans. Now, Germany is on a slow but gradual rollback of their lockdown.

New Zealand Prime Minister Jacina Ardern makes it a point to reassure and comfort her citizens during this time of crisis. She frequently holds Facebook live chats to inform and connect with the New Zealand people. Her government frequently conducts mass testing, and as a result, New Zealand’s death toll is only at 21 people as of writing, which is leagues lower than the tens of thousands of deaths we see across the world. New Zealand also imposed travel bans much earlier than the rest of the world did, which helped them prepare better to battle the cases at home.

Sec. Bernadette Romulo-Puyat was one of the government officials who chose not to get tested for COVID-19 to save the limited supply of testing kits to people who truly need it. Under her watch, the DOT was responsible for quickly responding to the situation, coordinating things like sweeper flights to escort stranded tourists from different provinces back to international airports in Clark and Cebu and then to their countries, securing hotel rooms for returning overseas Filipino workers who were required to undergo quarantine, as well as distributing health essentials to the frontliners at the NAIA.

With everything that’s hoping now, we hope that we get to see more and more women get a seat at the table of politics. Because if there’s anyone thinking that women can’t handle it…they’ve never been more wrong that now.